Middle Georgia is the region of the state surrounding the city of Macon. The area comprises the geographic center of the state and is generally located south of Atlanta along the fall line between the Flint and Oconee Rivers. Some of the largest cities in central Georgia include Warner Robins, Milledgeville, Dublin, and Perry.

The earliest settlers in the region were the people of the Creek Confederacy, whose ancestry can be traced to the mound building civilizations of pre-European exploration. Middle Georgia’s largest city, Macon, began as Fort Hawkins in Creek territory. After American settlers removed the Creek people beginning in the 1820s, Macon grew into one of the largest cities in the state due largely to the cotton trade. Another central Georgia city, Milledgeville, served as the state capital beginning in 1804. Milledgeville remained the capital during the Civil War and was temporarily occupied by General Sherman during his 1864 Atlanta Campaign. Following the end of the war, government officials moved the capital to Atlanta in 1868.

Middle Georgia’s continued growth in the twentieth century was driven largely by the establishment of Robins Air Force Base in the city of Warner Robins during World War II. The area remains culturally significant and has been the home to numerous nationally renowned writers and musicians, including Alice Walker, Joel Chandler Harris, Flannery O’Connor, Otis Redding, the Allman Brothers, Blind Willie McTell, and Little Richard.

For information on the historical placement of Georgia's counties, see William Thorndale and William Dollarhide's Map Guide to the U.S. Federal Censuses, 1790-1920. 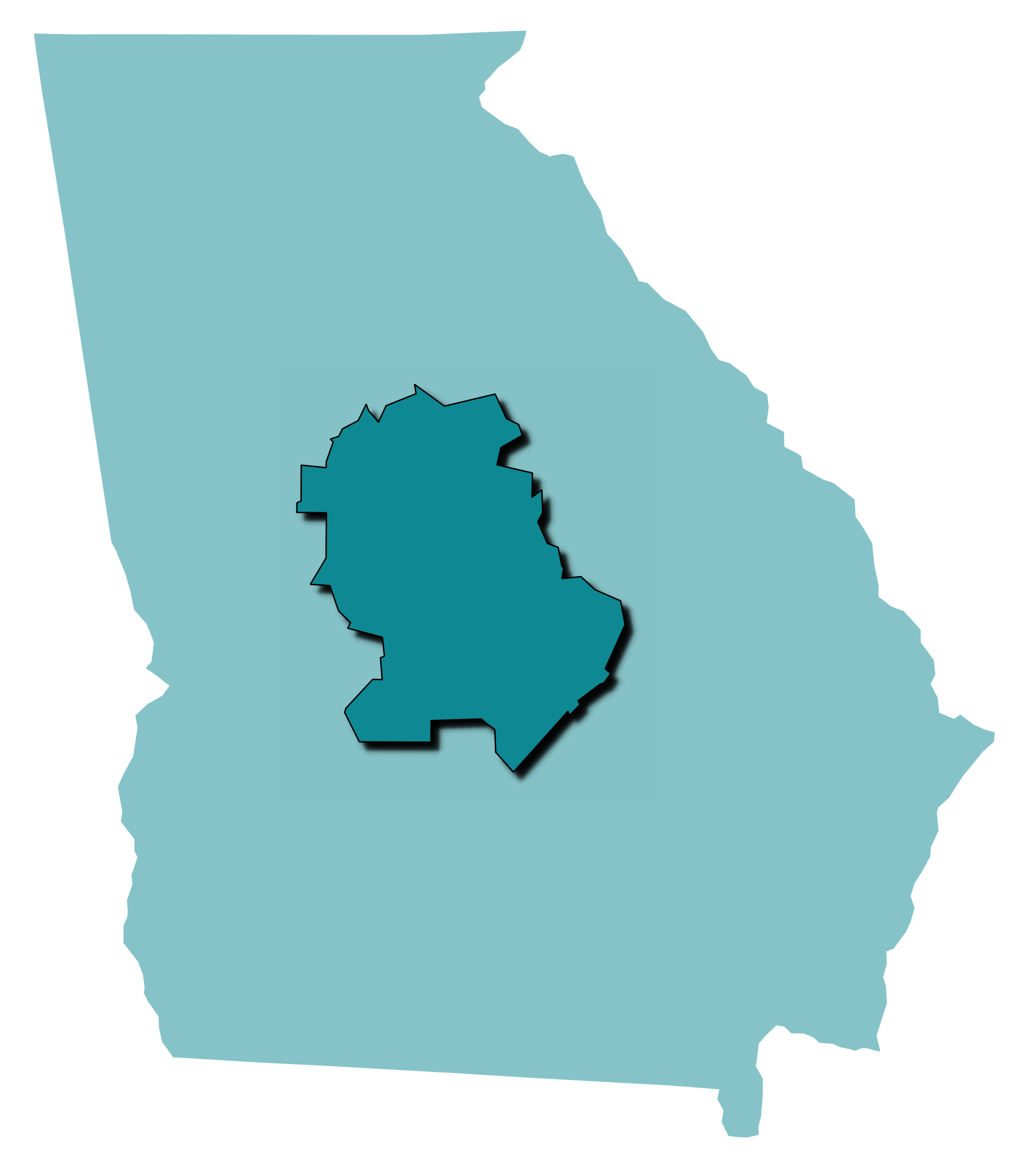