The earliest settlers to the area include the Uchee, Westo, and Savannah peoples. James Oglethorpe established the region’s first city, Augusta, in 1736. The city was held by the British during most of the Revolutionary War. In the post-war period, east Georgia was home to two of Georgia’s early capitals, Augusta (1785-1796) and Louisville (1796-1804). The Confederate Powder Works in Augusta produced millions of pounds of gunpowder during the war and was the only permanent structure erected by the Confederacy. During General William T. Sherman’s March to the Sea, Union forces fought in and set fires to several east Georgia cities, including Sandersville, Millen, and Waynesboro.

As the third largest city in the state, Augusta has remained the economic engine for east Georgia. The city is home to the internationally renowned Masters Tournament at the Augusta National Golf Club, the Medical College of Georgia (the largest medical school in the state), and late soul legend James Brown. Plant Vogtle, Clarks Hill Lake, and the boyhood home of Woodrow Wilson are all also located in east Georgia.

For information on the historical placement of Georgia's counties, see William Thorndale and William Dollarhide's Map Guide to the U.S. Federal Censuses, 1790-1920. 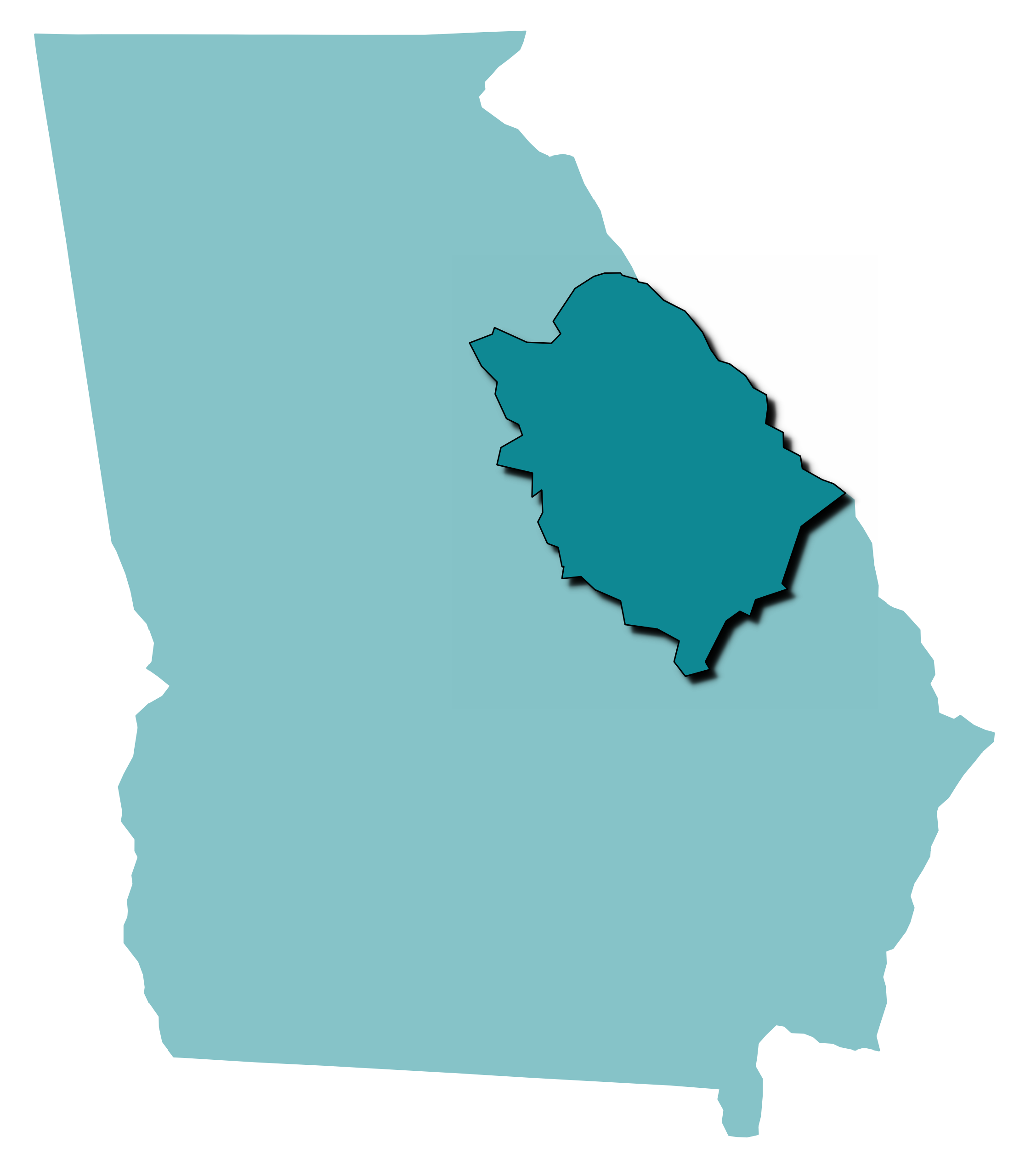